The Fourth of July 2020 is going to look a little different this year. You might not be gathering for a big cookout or packing the beach bag to catch the fireworks, but there are still ways to celebrate with your outfit or festive beauty and nail looks.

When it comes to makeup, this summer is all about the eyes. You’ll be wearing your mask, so let a bold shadow or liner make your eyes pop.

So get inspired to experiment with bold beauty looks this Fourth of July with these nail art looks and makeup moments, courtesy of Los Angeles-based brand Olive & June, and a slew of fantastic nail gurus and makeup artists.

To create an on-trend tonal ombré mani — where each nail is a different color — Olive & June recommends painting one color at a time, rather than each finger in order like you’d usually do. This makes it easier and faster, with less time toggling between bottles! For example, if you’re doing two nails on each hand in silver (like their metallic polish called OJPAS), do all four nails on both hands first. Then move on to red, then blue, then all the white nails.

After shaping and prepping nails, apply two coats of sheer white polish, such as the brand’s BEB. Let nails dry for five to 10 minutes in between each coat. Use a toothpick to create the small red and blue dots. (Try the cherry-red CV polish and cobalt blue CNH polish, both $8.) To create larger dots, use the blunt end of the Clean Up Brush (or the blunt end of an eyeshadow brush) dipped in white polish (HD, $8). Let dots dry five to 10 minutes before finishing with a top coat. 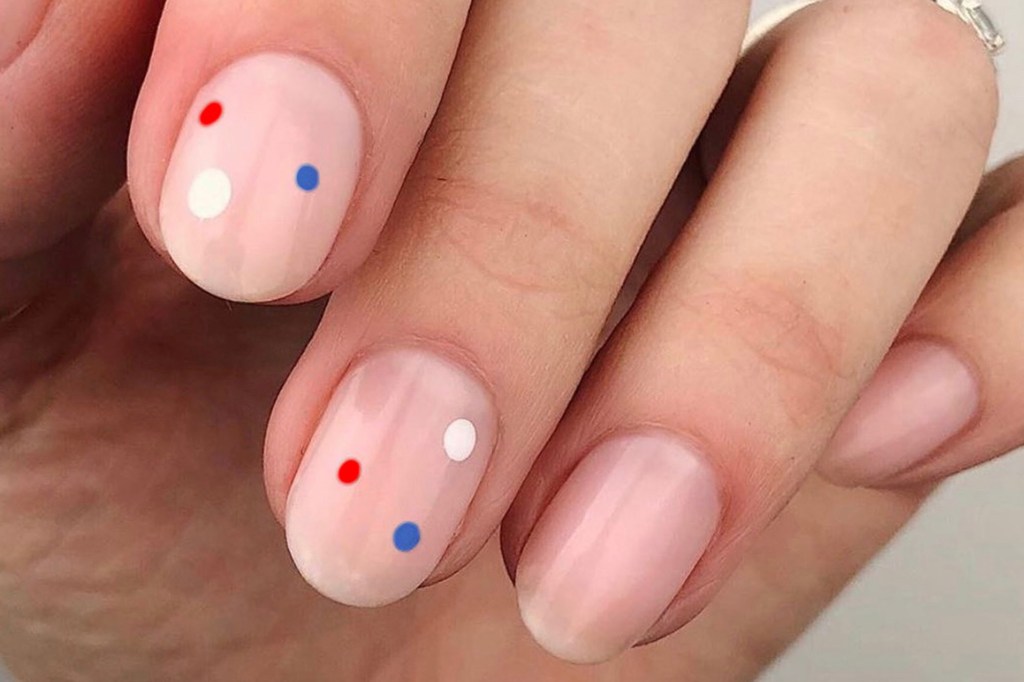 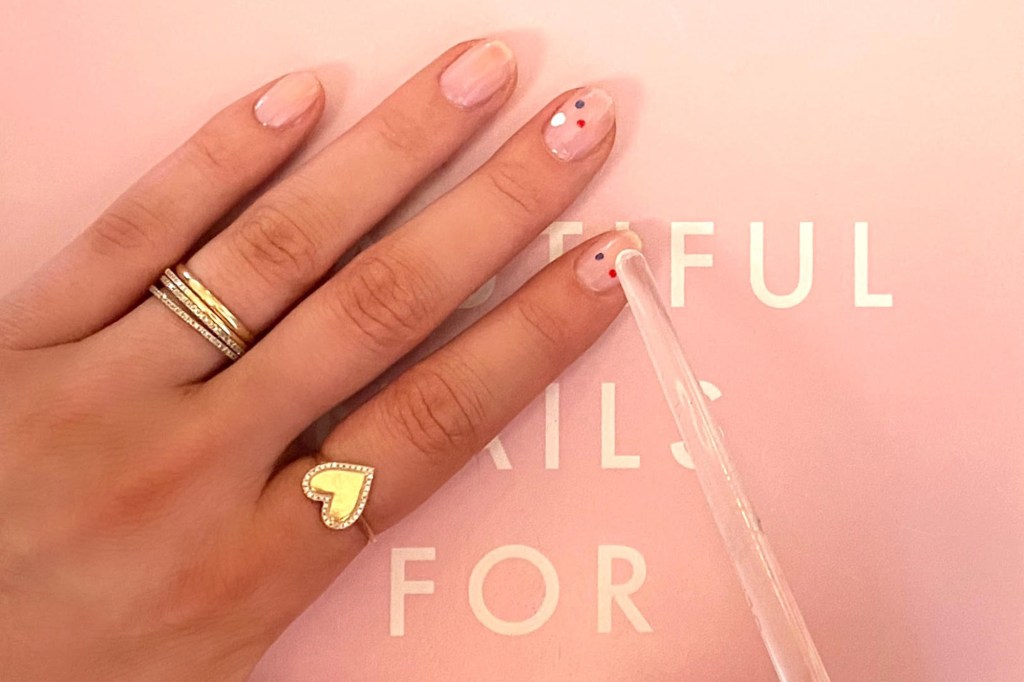 The reports of Ghislaine Maxwell’s whereabouts have been greatly exaggerated….

Apply two coats of the color of your choice, letting nails dry for five to 10 minutes in between coats. (The cobalt blue, called CNH, is shown here). Once nails are dry, press on star stickers ($7.50) wherever you’d like, and seal with top coat. Tip: Try using the stickers, which are also available at Target, to cover up chips! 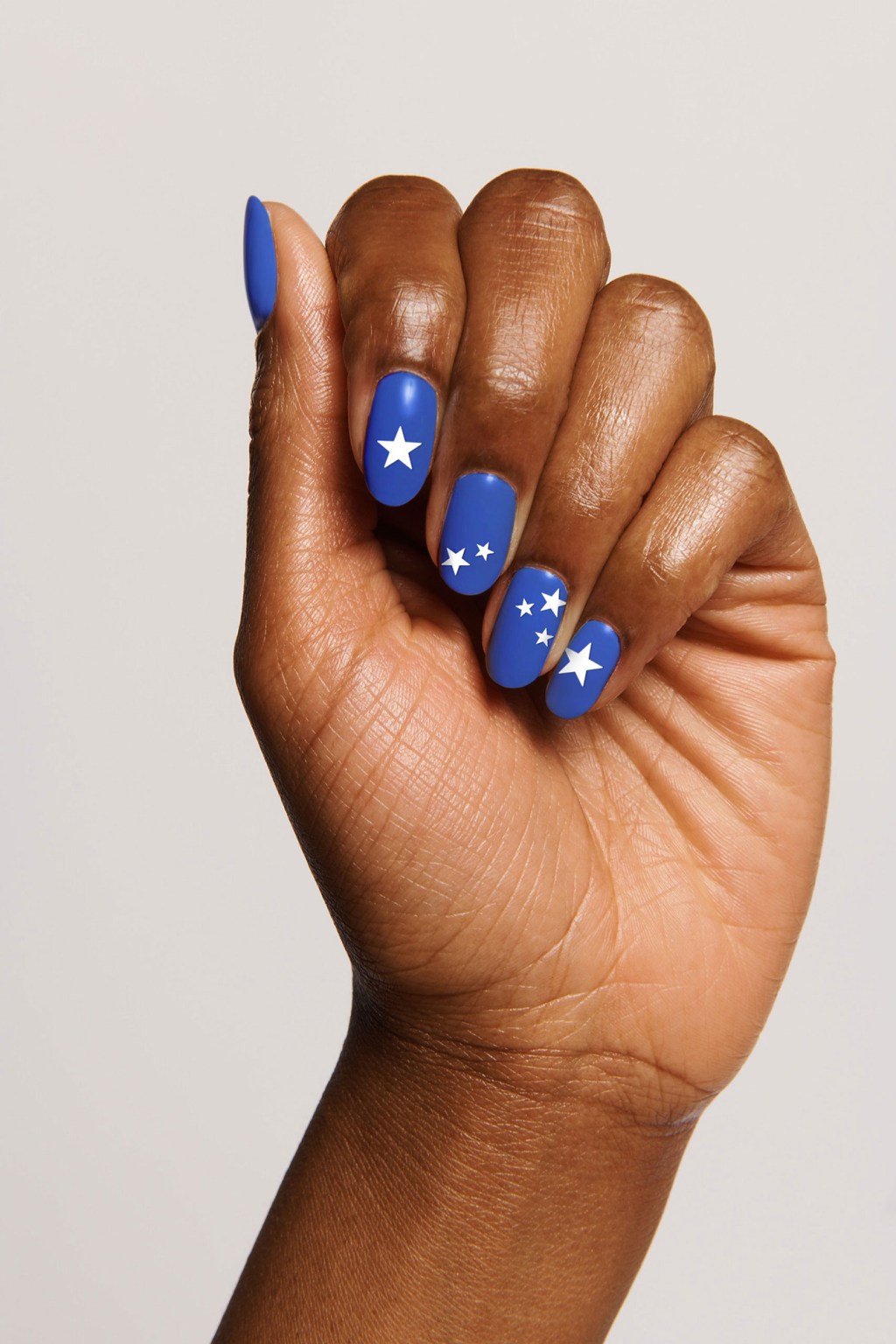 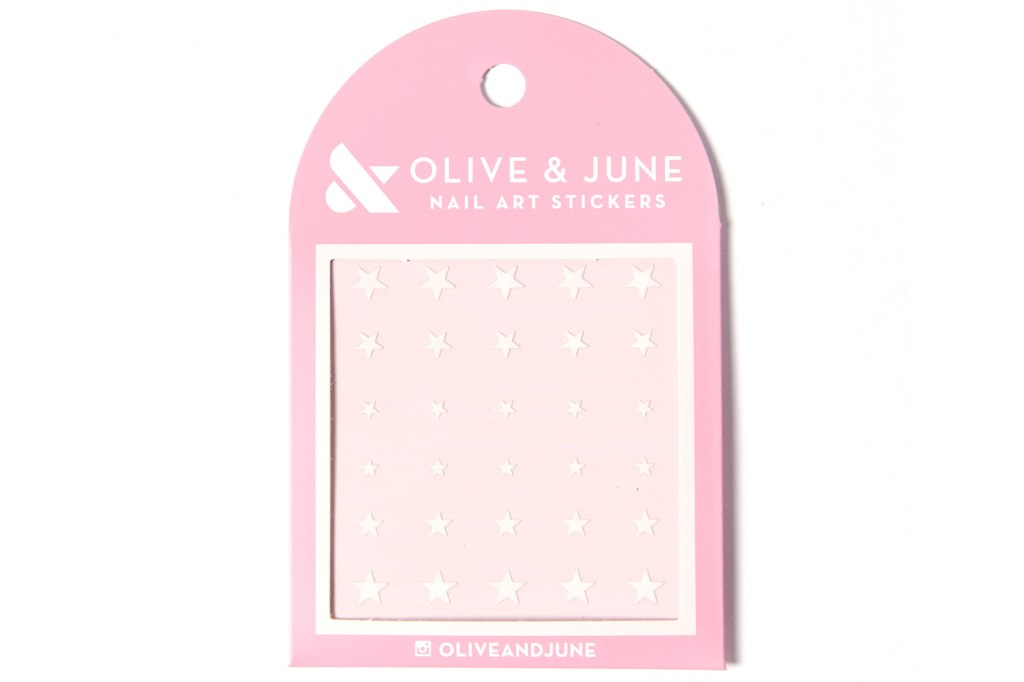 The reports of Ghislaine Maxwell’s whereabouts have been greatly exaggerated….

The “Rock the Vote” mani

The scarlet squiggle manicure
Another cool Natalie Pavloski creation: Each nail has a unique red pattern painted atop a simple clear base.

A bold blue cat eye
Pro makeup artist Kelsey Deenihan, who is currently partnering with new beauty app Cherie, created this feline flourish with a blue gel liner and matching blue mascara. “For this look, I used the Morphe gel liner in Vitamin Sea and L’Oréal voluminous mascara in cobalt blue,” she says. “Keep the skin and lips pretty fresh and let the eye do all the talking.”

Meet the senior style stars who rule Chinatowns across the US