A man was killed in Queens when a tree wrenched loose by the storm’s powerful winds smashed into his car Tuesday afternoon and a woman was critically injured by a flying branch in Brooklyn, authorities said.

The 60-year-old man was hit by the tree on 84th Drive near Smedley Avenue in Briarwood at about 1 p.m., according to fire officials and police.

The man was the first and only death in the city as winds from the tropical storm battered the region.

“It’s so sad we lost someone in Queens now from a falling tree branch and I just want to let all New Yorkers know we got to take this storm seriously, it is a dangerous level of high winds, should be that way until about 5 p.m.,” de Blasio said.

“So we got a few more hours but really want everyone to stay indoors and stay safe for these next few hours,” he added. 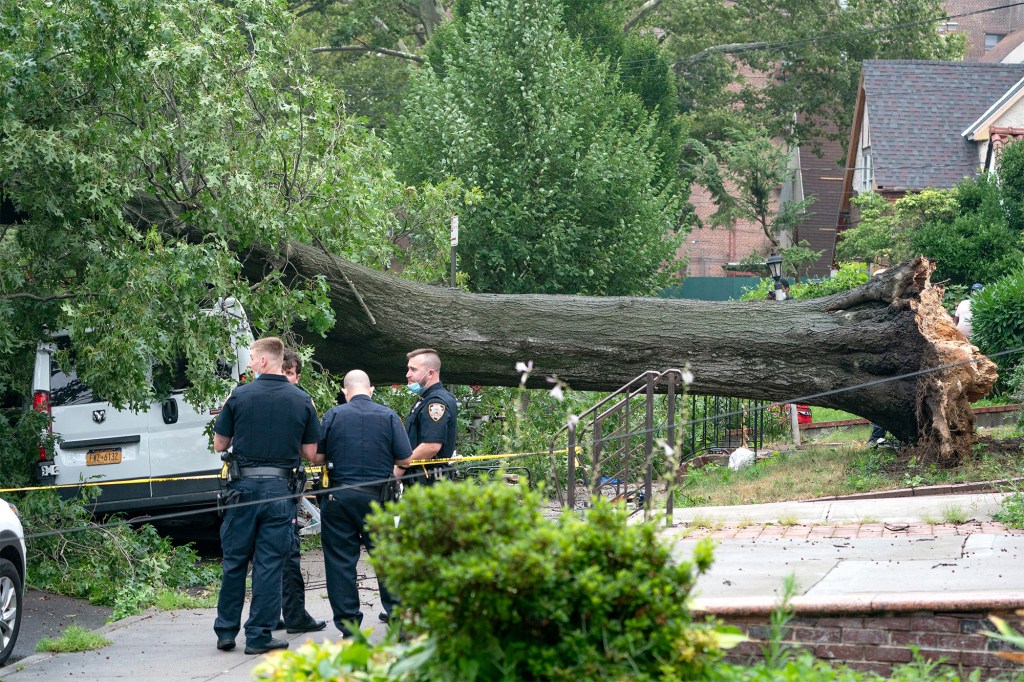 NYPD ESU members work to remove a person from a van after a tree fell on it in Briarwood, Queens. 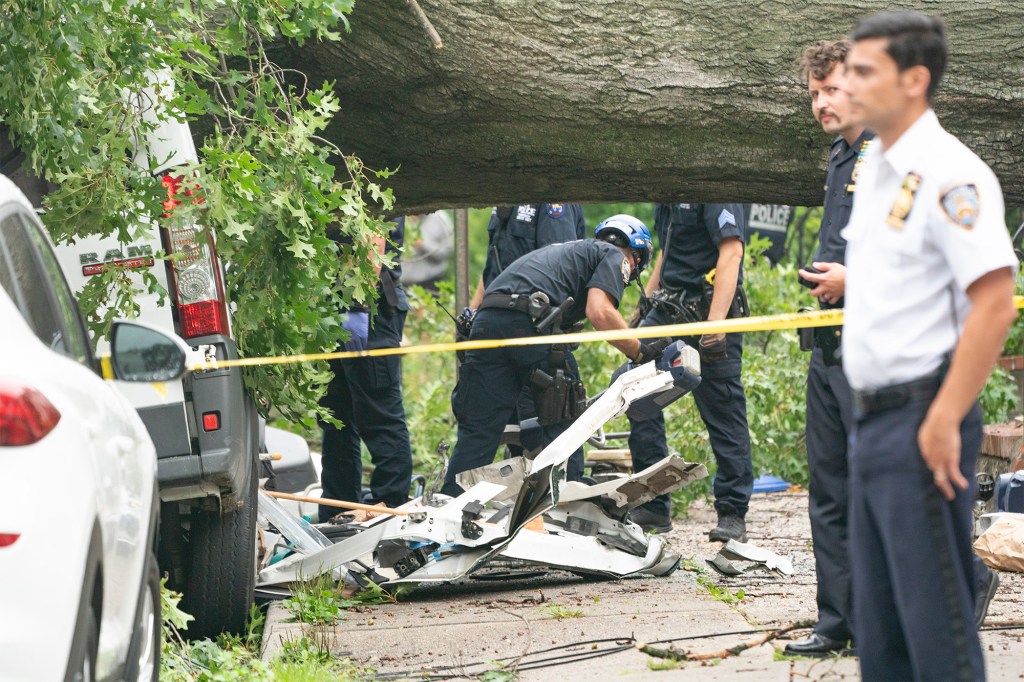 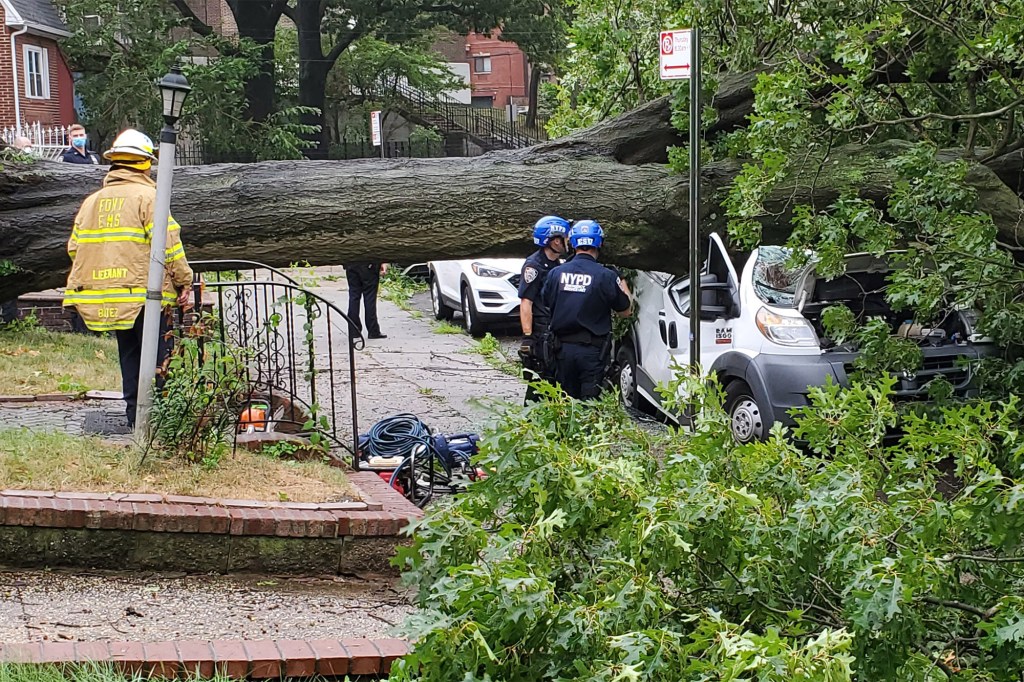 The scene where a tree fell on a delivery van in Briarwood, Queens

Katie Ledecky can do it all. The five-time Olympic gold…

A woman in Brooklyn was also critically injured by a falling branch that hit her while she was walking on Dumont Avenue in Brownsville, police sources said.

“We’ve got another person in critical condition in Brooklyn, so this has been a very damaging storm, obviously,” de Blasio added in another radio interview Tuesday afternoon.

The storm moved slightly west as it passed through the New York region, threatening the Hudson Valley and areas north of that with the worst of the rainfall and sustained winds, Gov. Andrew Cuomo said in a statement.

Winds from the storm knocked out power for more than a million New Jersey residents and tens of thousands of New Yorkers, according to ConEd and NJ.com.

As the storm moved north from New Jersey, at least two tornadoes reportedly touched down, and tractor-trailers were blown off the road in Delaware.