She’s gone from wags to riches.

Chihuahua-mix Presley went from living in an animal shelter to a glamorous life of manicures, trips to the beach, custom outfits and fine dining.

The rescue pup, who was adopted by Floridian Rebecca Shelton, now has a wardrobe worth over $10,000, according to Caters News.

“She’s like my baby. I treat her like my child,” said Shelton, a real estate agent, of her spoiled pooch. “I got Presley after my mom passed away. She wanted me to have company.”

Shelton rescued Presley when she was 3 months old, and named her after the King because Elvis was her mother’s favorite artist.

Like her namesake, Presley likes to shine in the apparel department. The pooch prefers rhinestone and glitter outfits, never wearing the same look twice. She has a “personal designer” that creates her custom style, which includes 150 dresses, as well as many tutus and T-shirts.

“She lives for it,” said Shelton. “She’ll jump up on the chair, ready and waiting when she sees me getting some clothes out.” 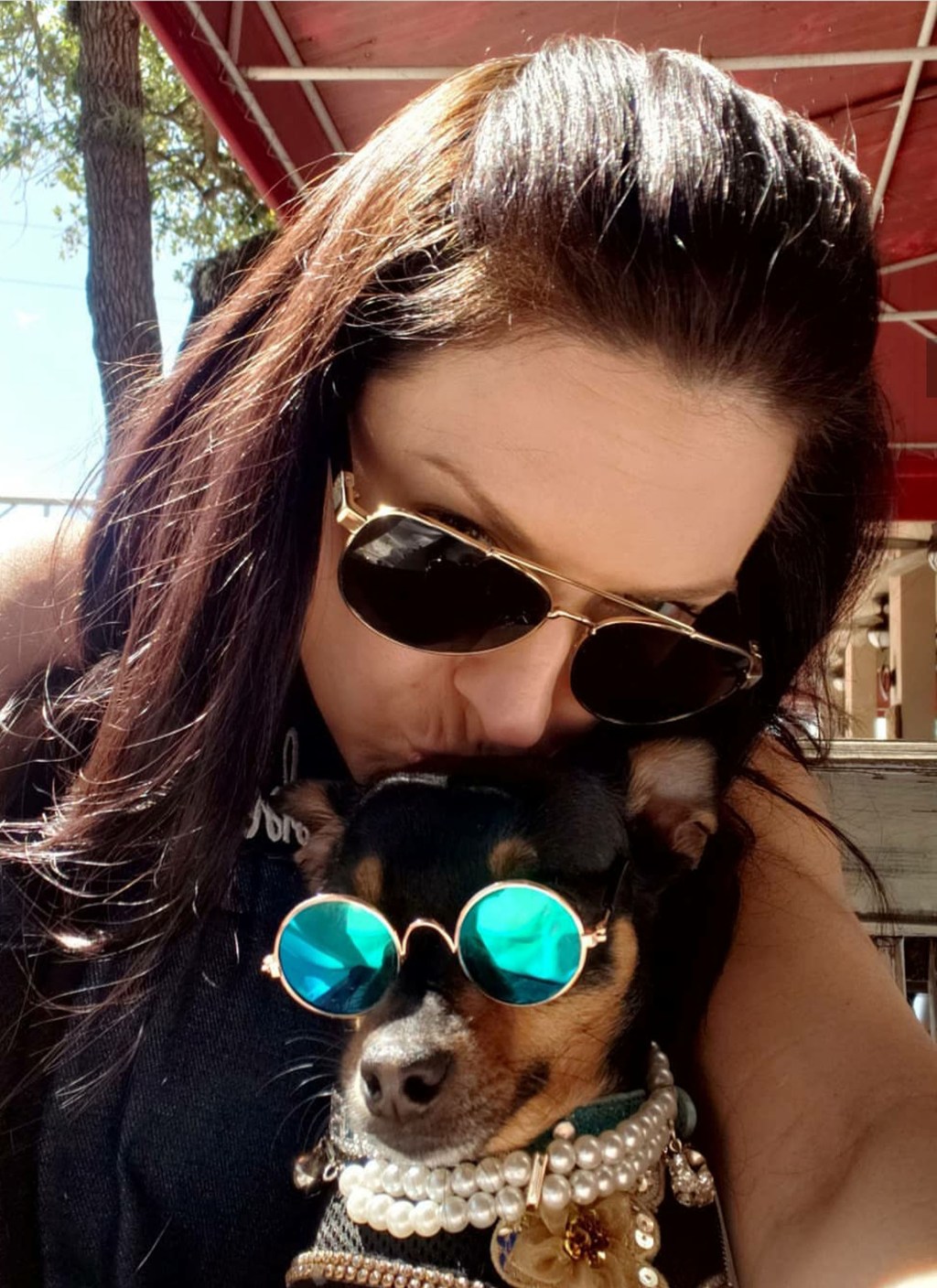 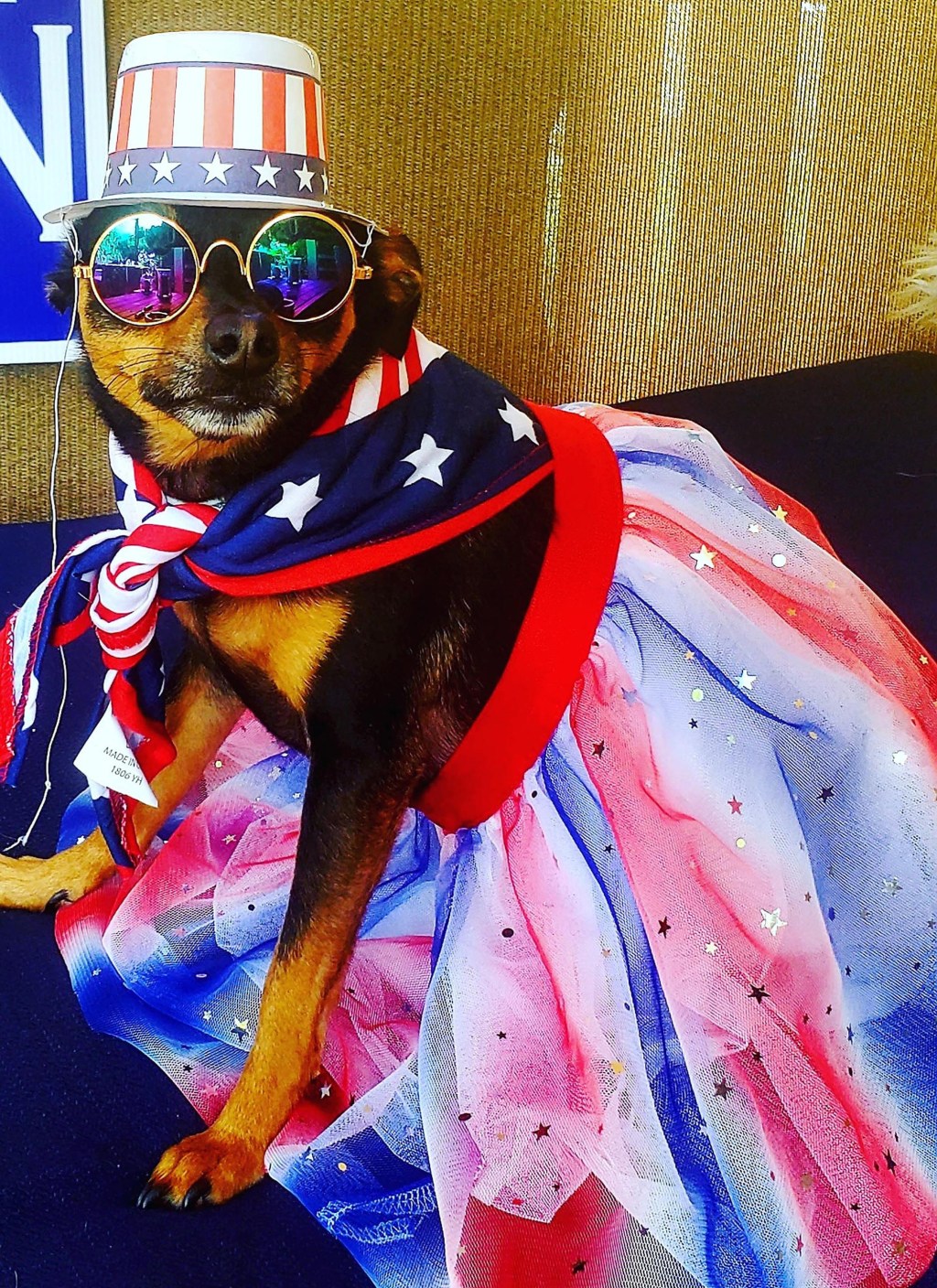 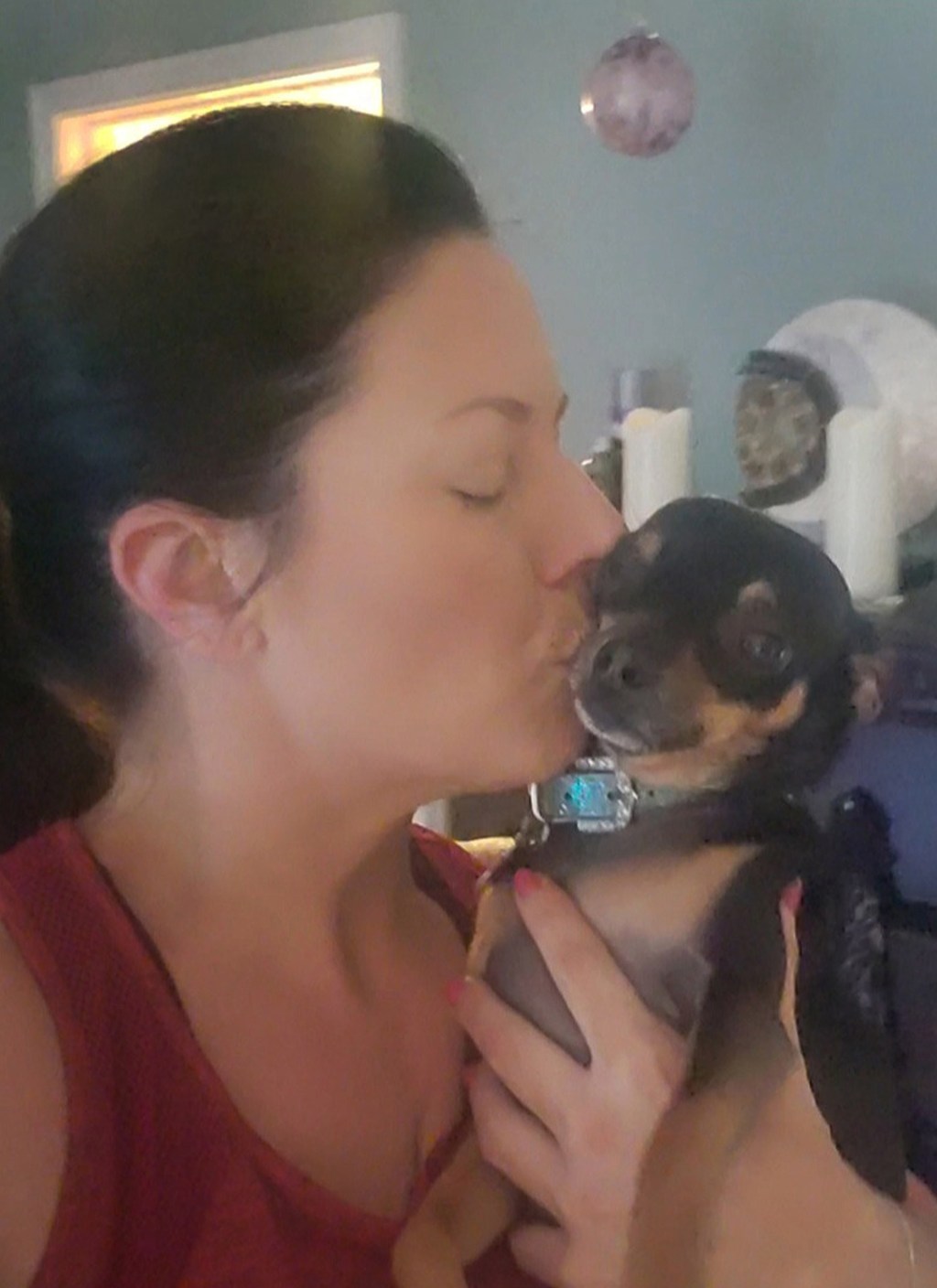 Rebecca also has two other pooches. 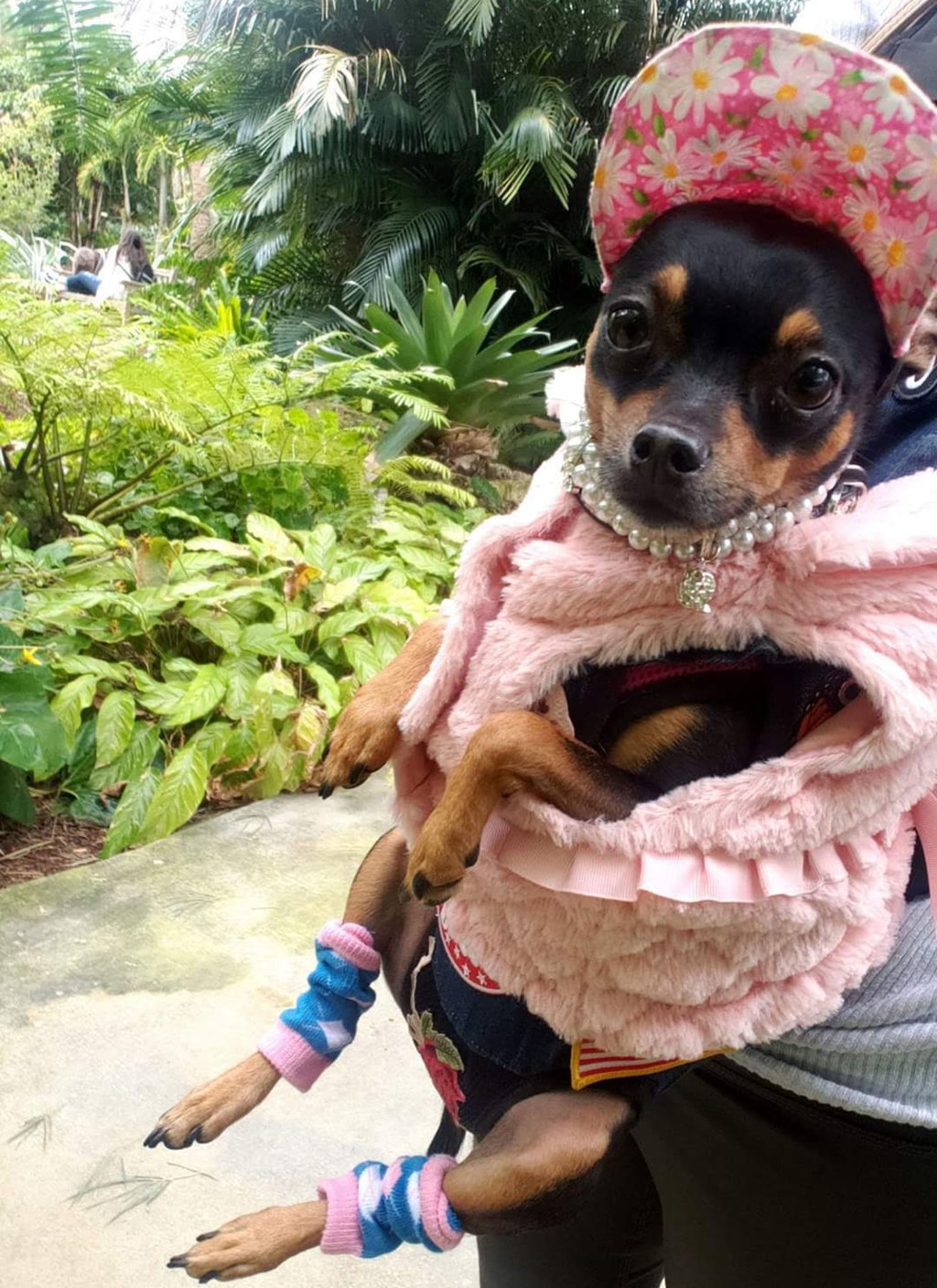 Her wardrobe is worth thousands. 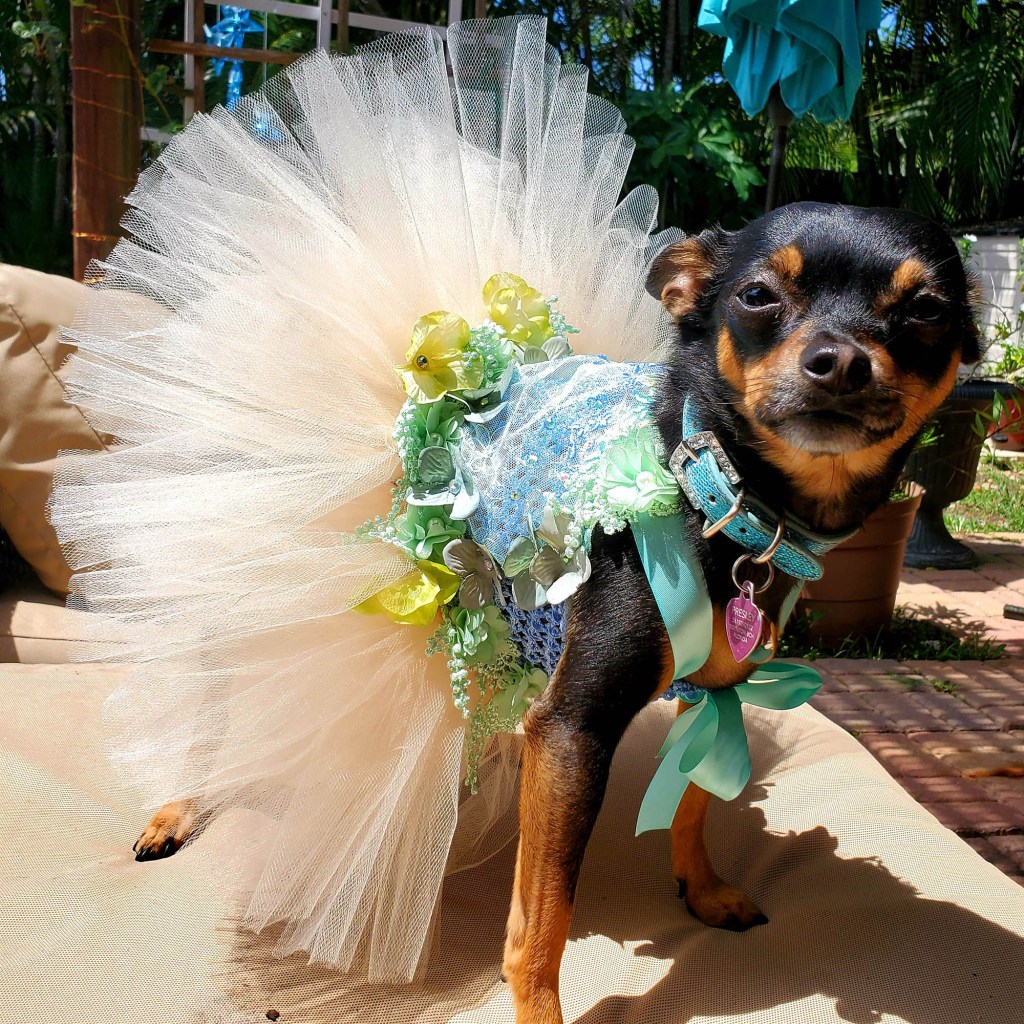 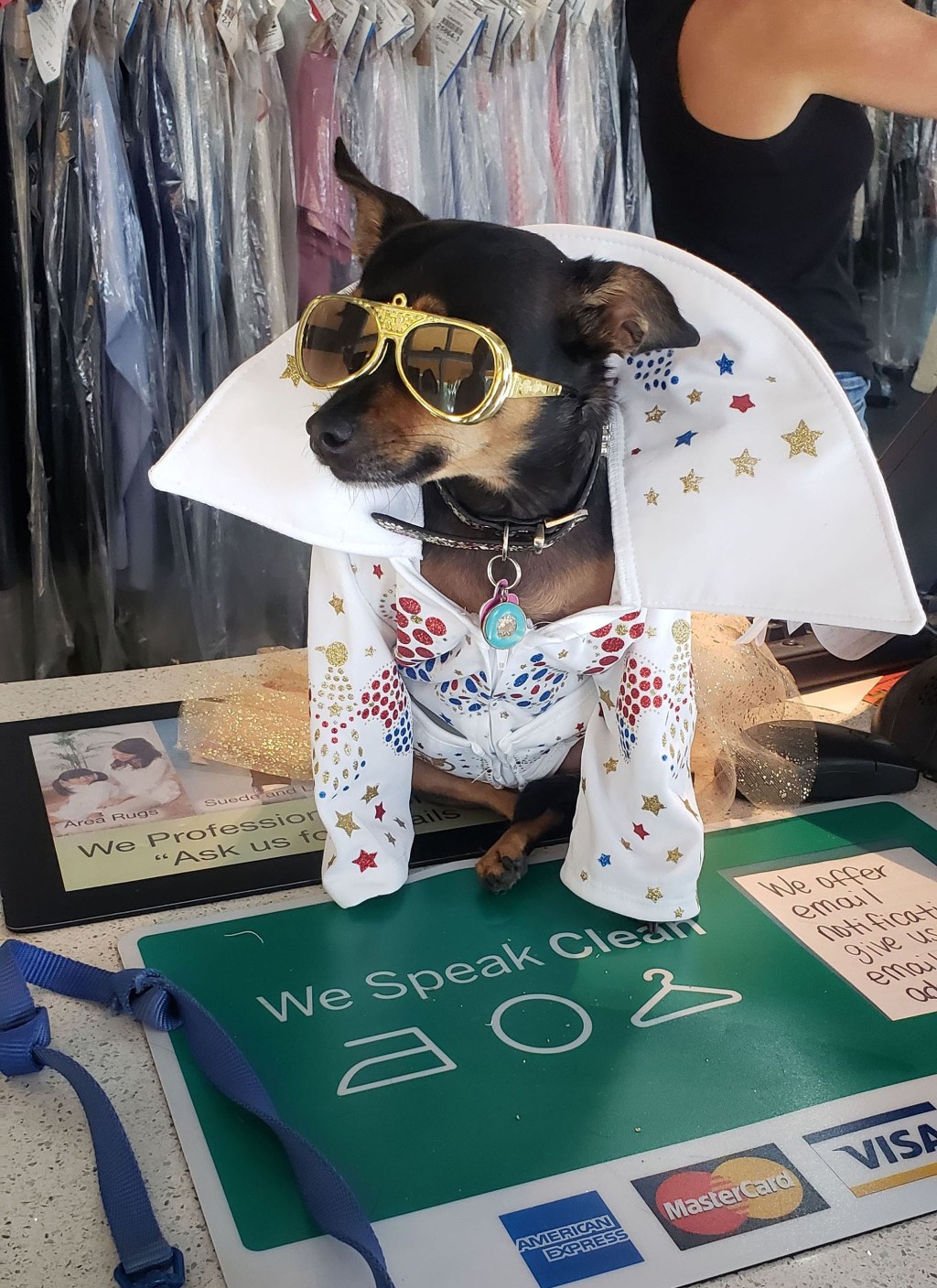 This couple has a heart of gold. New homeowners James…

Never one to skip a statement piece, Presley’s favorite accessories are her glasses.

Like most socialites, Presley has a penchant for charity. After she wears a dress, the “castoffs” are given to “less-fortunate dogs.”

She’s also taken her fashion iconhood on the road, competing in dog competitions across the country and making special appearances at local restaurants with Shelton. However, the pet is a picky eater: “She is a little bit of a diva, and there are some restaurants she refuses to eat out in,” explained Shelton.

Presley’s not an only child: Shelton is also a dog-mom to Belladonna, 10, and ChiChi, 8.

Meet the single dad who sews stunning outfits for his daughter

Amelia Hamlin explains why she got breast reduction surgery at 16